Not Quite the Epic Expected

The day started cold but sunny. Ahead of me was the 121 mile drive to Mendlesham which included a detour to Redhill to collect Andy H.

We arrived at Mendlesham around 11am and the airfield was already being prepared. RASP and other weather forecasts had suggested today may be an epic and this, in part, was probably the reason why so many pilots were out. This could be the last chance for an XC this season!

After a very relaxed start to the day, towing commenced and a helmet queue was formed. It wasn't long before my turn came around.

My first tow wasn't one of my best as I popped the nose a little on takeoff then promptly over corrected a little during my winch, possibly inducing a short, mild, PIO. Both releases were fine after which I started searching the sky for some lift. I hit one or two bumps and maintained for minimal time before I set-up my landing and safely touched down. 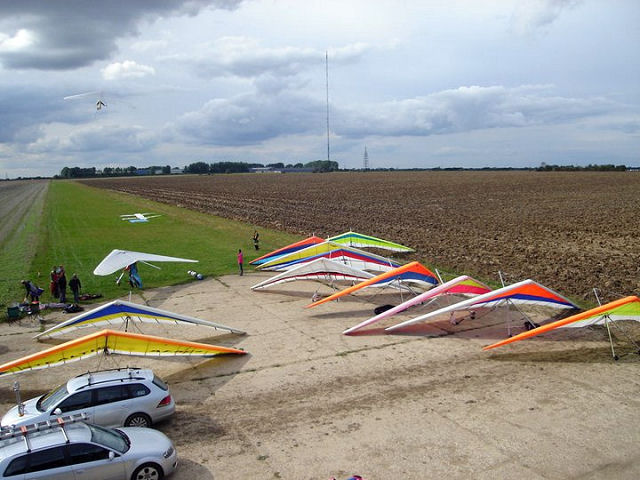 The sky was now looking promising with little fluffy clouds forming everywhere but over the runway! Shortly after launch I really started having some difficulty keeping the glider on track. Something close by was lifting and I was right on the edge of it. Convinced I'd hook this thermal I came off the line prematurely, turned to the left and hit sink. Eventually I hit some zeros and tried desperately to find where the rising air was but to no avail.

After landing Richard H informed my that if I'd turned right as soon as I got off the winch line I would have connected with the thermal, instead I did a perfect job of flying completely around the edge of the thermal, missing it altogether!

The sky had now overdeveloped and the wind was nothing more than a light westerly breeze. After towing to roughly 750 feet, I departed the winch line and decided to have a bit of fun with the glider. Stuffing the bar back to my knees the glider responded and the rush of air indicated my increased airspeed. At this speed it wasn't long before I was back over launch. I then eased the bar out to lower speed, performed some steeper than normal turns (for me) to lose height and landed.

There was a bit of moisture in the air and there was no wind whatsoever to talk about. Nil wind launch required! After watching one or two earlier launches, demonstrating why wheels are compulsory, I was determined to perfect my launch.

The launch was indeed as expected, but I had to run like Forest Gump! Once up, I quickly took a photograph, then, as before, stuffed the bar and had some fun. With a little more height this time, I was able to do some high speed turns - pulling some noticeable g's on one of them. My final turn was directly over launch area as I set up for my final landing of the day. 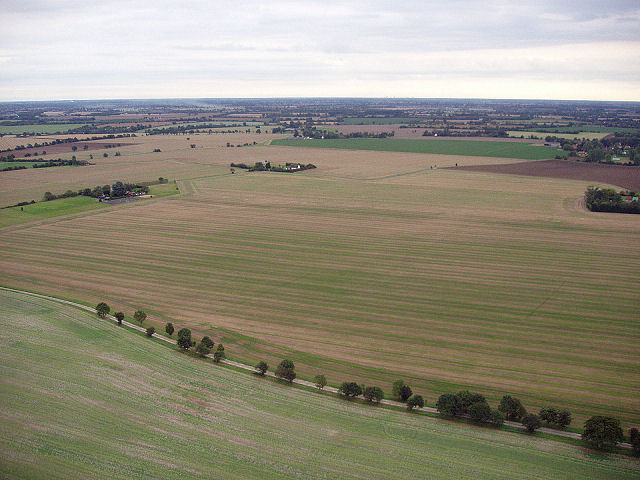 Looking SE From Mendlesham
Quick photograph from my glider before I start a little speed run on my way back to launch.
18 Sep 2010