I had had a long layoff from flying due to various personal reasons and with Shoreham Air Show underway with a north westerly wind forecast, I didn't think I'd get the chance to fly. The wind was forecast to veer to north of north east later and the general consensus amongst the local pilots was Firle for noon.

I arrived at Firle at 11am and joined the hang glider pilots already present. The wind had a touch of west in it and it was quite strong keeping the paragliders in their cars waiting for calmer conditions. I no longer need to short pack my glider which meant rigging time was reduced. However, as I put my hang gliding harness on ready to clip in, I felt a horrible cool sensation on my lower back which slowly progressed downwards. With horror I realised my camel pack had split and feared that various electrical items stored in my harness my not mix well with this influx of moisture!

Firle
Highlight of my flight at Firle on the 31 Aug 2013 to the melodies of the Art of Noise; Moments in Love.

After removing my camel pack I was ready to fly and joined the launch queue at the front of the hill. Looking out from the hill, those on rigid wings appeared to be getting the best of the conditions and were able to climb out. The flexies on the other hand, were pretty much glued to the ridge with the occasional escape attempts being made!

After launching I turned right hoping that the west facing spurs would generate lift. For the next ten minutes I worked hard trying to climb in the occasional small and poorly developed thermals, but none of these efforts rewarded me with any significant climbs. After 18 minutes I worked a thermal up to 300 feet above takeoff. A downward glance confirmed my worst fears that it was dropping off and hangies were starting to head to the bottom landing field. So, with adequate height I turned tail and headed to the top landing field where I gently touched down. 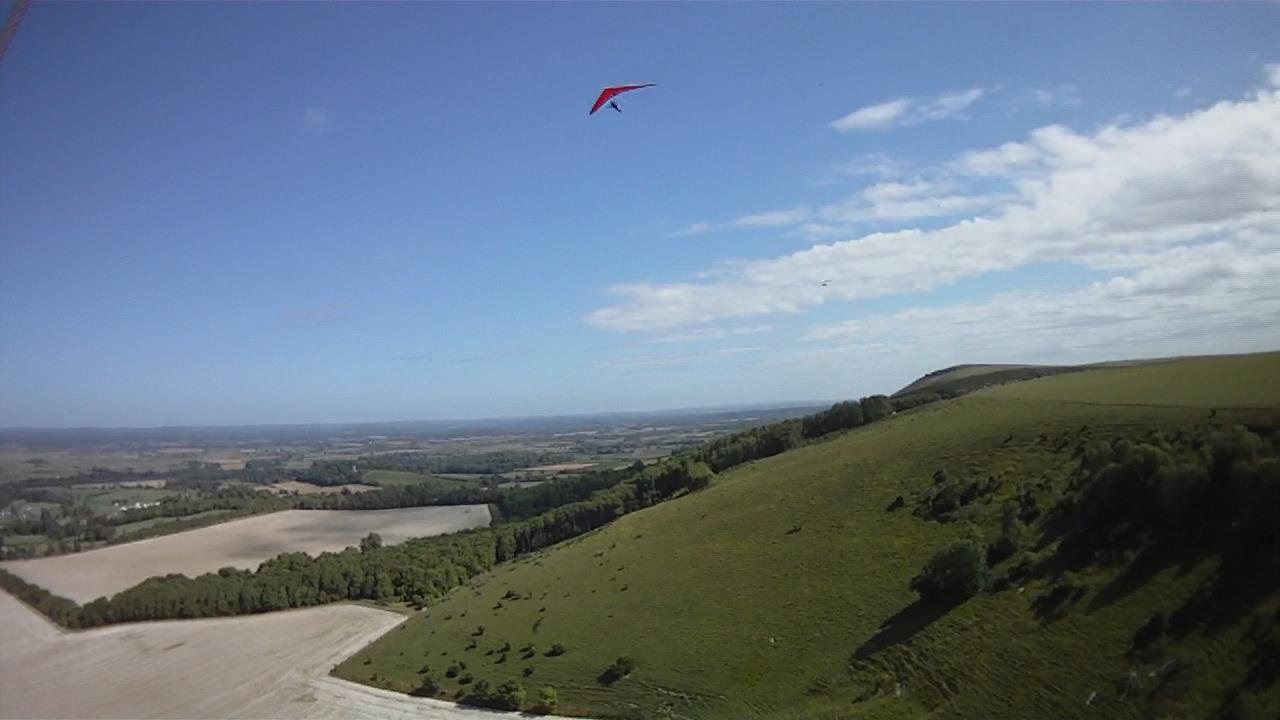