Rough Air at the Devil's Dyke

Checking the early morning forecast suggested the Devil's Dyke for the morning with the wind veering more to a north easterly and dropping later in the day. Arriving at the Devil's Dyke, the wind was pretty strong 17 mph and already northerly (possibly with a hint of east in it). I wasn't totally inspired to rig my glider and John and I wondered if Bo Peep might have been a better option. After some debate, we rigged and with the wind a little more on the hill it looked like the Dyke was the right option.

After posing for photographs with a group of Indian's arriving on the Brighton bus, Cara assisted me to the north end of the pub spur. With the wind still quite off to the north I decided this would make for the safest launch. John was already airborne and struggling in marginal lift, but once he spotted I was ready, he quickly headed towards the bowl to clear some space for me to launch.

I soon launched (totally uneventful) and turned left towards the bowl. With a northerly wind I considered the pub spur to be more in rotor and didn't want to hang around there. As soon as I hit the bowl I encountered my first bit of lift, probably taking me to around 90 feet ATO.

The majority of my flight was conducted on the north-facing ridge. Several times I made it as far as the pylons, but with the weak conditions and the lift appearing to get weaker and weaker, I didn't venture across for fear of not making it back.

After 20 minutes of flying in some very rough bits of air I noticed that paragliders were launching. It was definitely dropping off. Two hang gliders were now in the bottom landing field and I had already made my mind up not to top land - I didn't like the idea of attempting it with the wind so far off to the north.

With the paragliders hugging the hill and me not being so confident flying with them I was soon out of the lift band and heading down to the bottom landing field. As soon as I was below ridge height I hit some really nasty air putting my glider into quite a steep right hand bank, turning me towards the hill. After sorting that out I decided to keep well away from the pub spur as serious rotor was kicking off from it. Lesson learned!

As I set-up my final approach I stuffed the bar as I wanted as much speed as possible for a good safety margin. With one hand on the upright and the other on the base bar I maintained good control and started skimming across the crop. 20 meters short of the 'official' landing spot I felt all the energy in the glider disappearing, so I aggressively flared and landed with a perfect no step landing... in the crop! Fortunately the crop was only 1 foot high so I was able to gently step across it until I was in the de-rigging area. 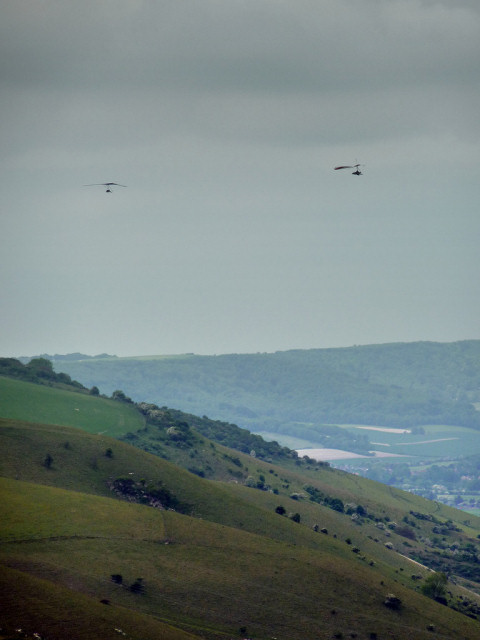 Hang Gliders Towards Truleigh Hill
A view along the from the Devil's Dyke ridge looking along to Truleigh Hill. Dan is flying the glider to the right of this image.
31 May 2010 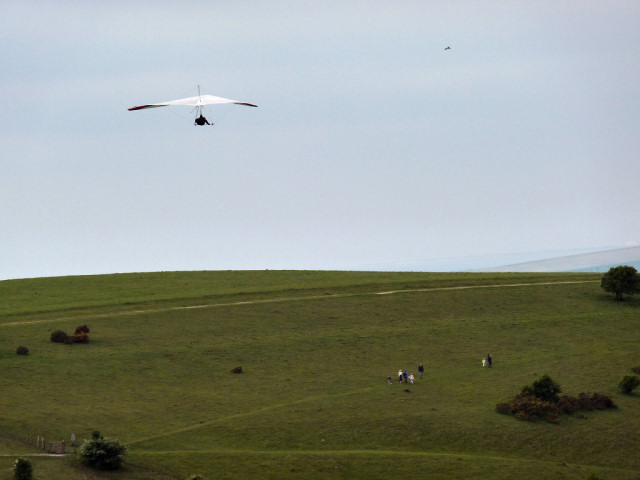 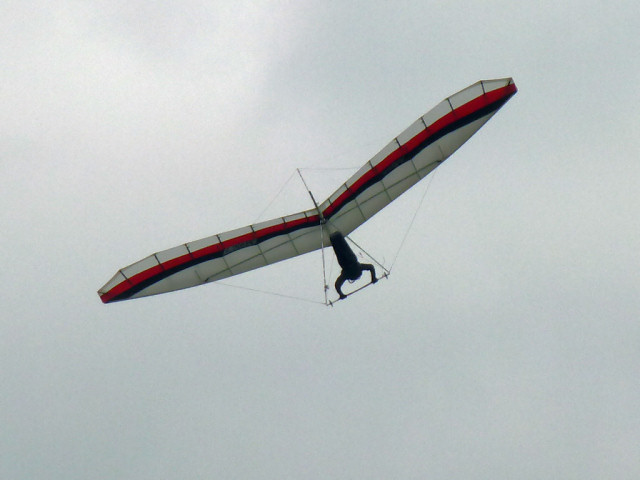 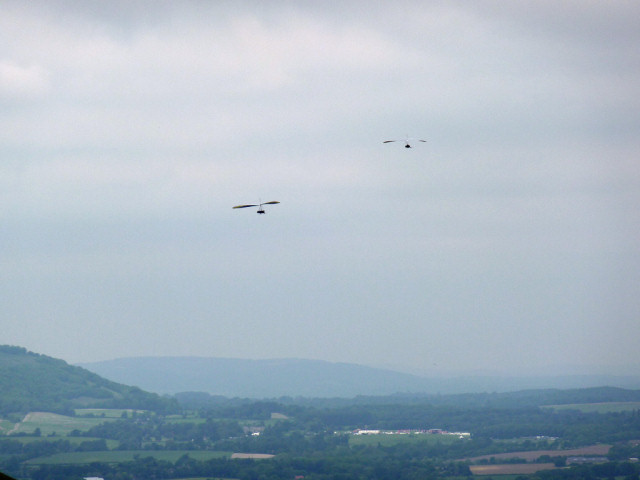 Hang Gliders
Hang gliders flying out front at the Devil's Dyke.
31 May 2010 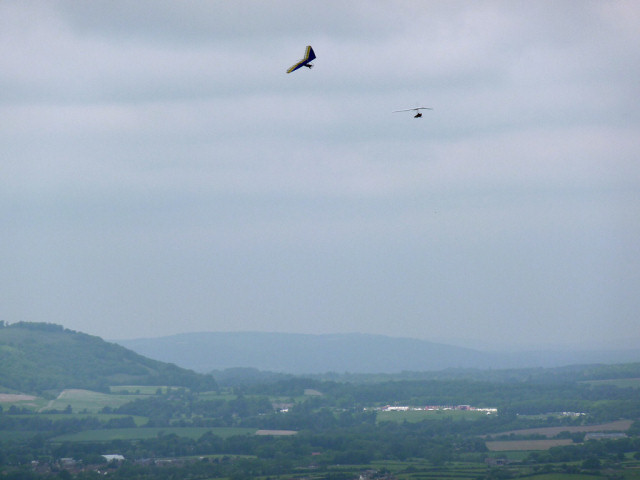 John and Dan
John and Dan flying their Sting 3 hang gliders high above the Devil's Dyke..
31 May 2010 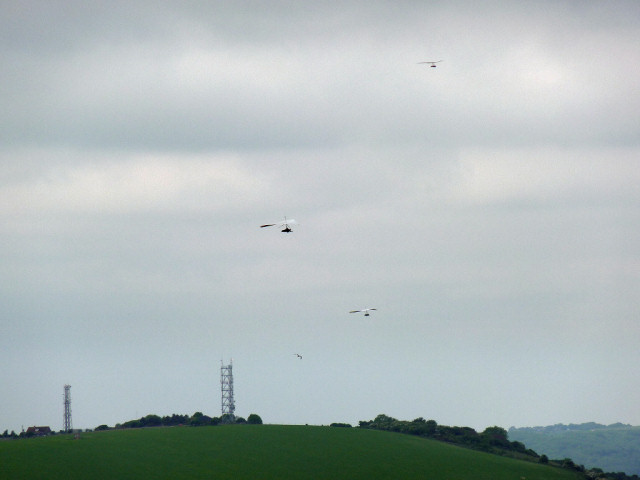