After yesterday's futile attempt to fly (Bo Peep looked a bit too rough for my liking) I decided to head to Suffolk and return to the winching field. The weather forecast was suggesting an easterly breeze straight down the runway.

The drive up to Suffolk on the Sunday morning was fraught with all the usual M25 problems. A crash on the M25 resulted in the motorway being shut whilst the air ambulance landed and the road works on the A12 all conspired against me arriving at a decent time. However, it didn't matter, as there were a number of technical issues at the club including a non-starting winch and motorbike.

Eventually the winch was coaxed to life but the motorbike was ditched and Keith's car employed for the pulling out of the winch cables. After an unusually slow start winching commenced. Richard H was soon airborne and managed to work some small thermals and embark on the first XC of the year. 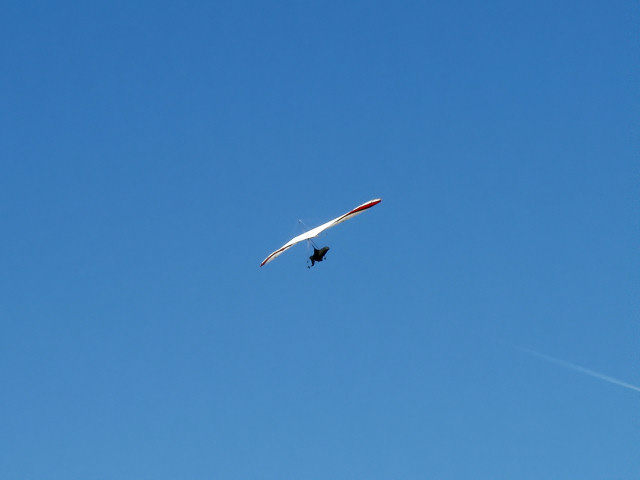 Working some weak Thermals
Dan on his AirBorne Sting 3 trying to work a weak thermal at Mendlesham.
7 Mar 2010

I managed a total of three tows. I was a little rusty and nervous on the first as it had been some months since I last towed. Due to the wind strength launching was easy and some good heights were obtained. Will had mentioned earlier about being able to see the coast at the top of the tow, and today I took some time out to admire the view. Will was right; I could clearly see Sizewell in the distance!

Eventually, the day started drawing to a close so it was time to pack up and head home. I felt a little guilty rushing off at the end leaving everyone else to pack up, but with an early start for Monday morning and hoards of road works between Mendlesham and home, I was keen to get underway! 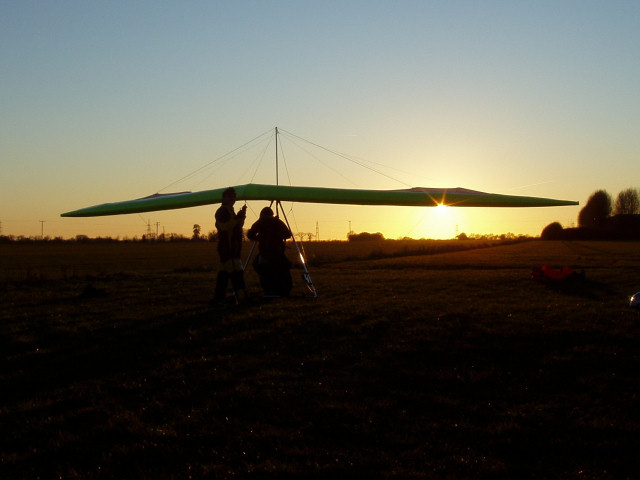 Sunset at Mendlesham
The perfect end to a great days flying!
7 Mar 2010