A Mini XC From Firle to Bo Peep

Saturday’s forecast had suggested Bo Peep would be on for Sunday with the morning wind strength at top end, dropping to a more ideal strength by the afternoon. Sunday morning’s forecast was in contrast to this with Firle forecast to be best aligned for the wind direction, with a lighter wind dropping as the day evolved. I procrastinated if I would go or not, especially after the mid-air at the Devil’s Dyke the week before and the accompanying communication from the Southern Hang Gliding Club; the most salient part as follows: “Since 2014, 50% of all 37 logged UK mid-air collisions occurred at SHGC sites. 1 in 5 of all UK mid-airs happen at Devils Dyke.”. I concluded that overcrowding must be a contributory factor to this and assumed that Firle may very well get busy with paragliders.

I was pleasantly surprised to only see Luke flying a tandem paraglider when I arrived and a couple of hang glider pilots rigged and ready to go. It didn’t take long for me to be convinced to collect my glider from the van and rig it. Nicos was also present and rigged his Discus while I set about putting my Wills Wing U2 together. We were both ready at the same time and planned to head down to Bo Peep. Nicos was very enthusiastic and basically said, follow me! 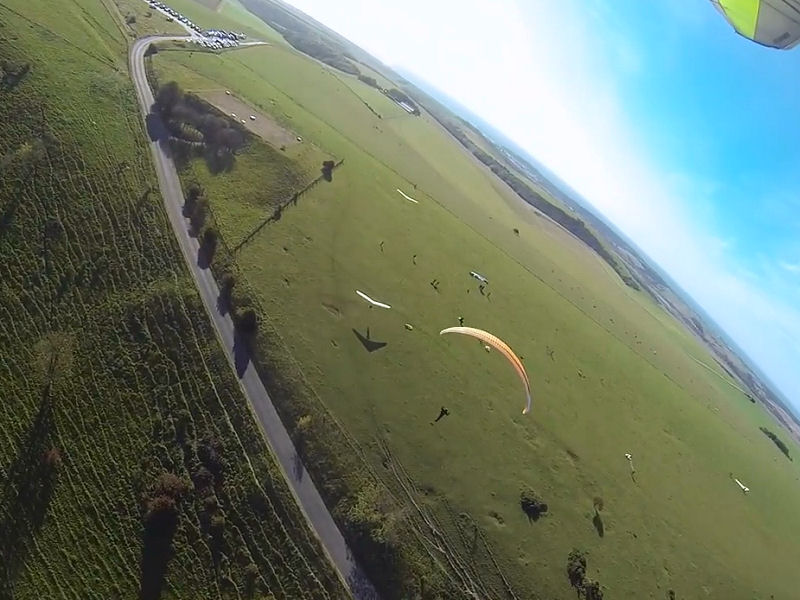 Dan Launching from Firle
Nicos was flying his Discus and caught my launch on his video camera. Photograph by Nicos.

Nicos was soon in the air and after Paul assisted me with a hang check I was off. Take off was very smooth and I immediately turned to the right. The ridge to the left was already beginning to get crowded with paragliders and more were being laid out on the ground below. After a couple of beats I noticed Nicos had set off eastwards over the plantation headed for Bo Peep. I wasn’t really making much height and still being rusty, didn’t want to mix it up with the increasing number of paragliders taking to the air, so decided to follow Nicos as this is what we had agreed.

I was barely above the ridge when I set off across the plantation. I normally prefer to have a 100+ feet above the ridge before I set off in this direction, but was confident of crossing today. Nicos was doing a little better than I, but we were both low on the ridge and I eventually caught up with him at Firle Beacon. Here we both jostled trying to find some lift but no matter how hard I tried, Nicos was always 50-100 feet above me. Eventually, still at ridge height I turned back towards Firle. The air was pretty rough, especially low to the ridge and after I had crossed a couple of bowls, I saw what awaited me. Crowds of paragliders were now in the skies so I decided to switch tactics and head to Bo Peep. 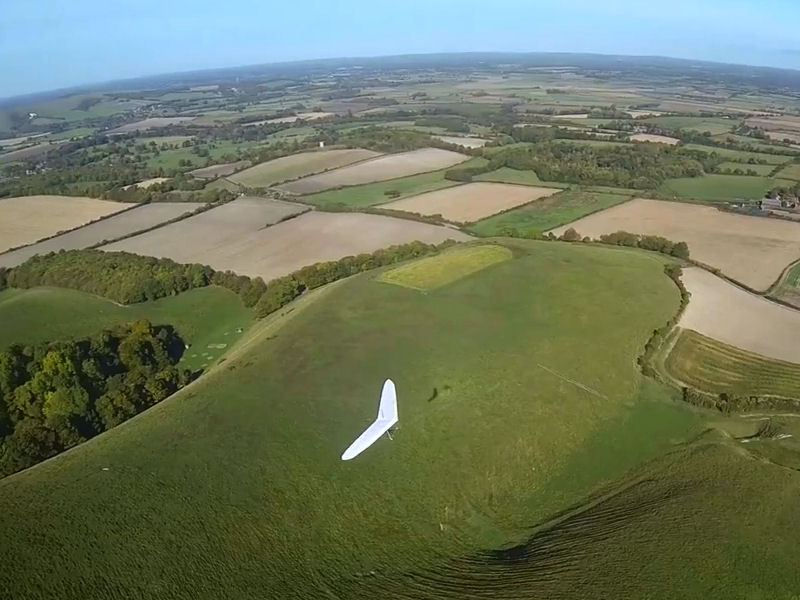 Nicos was braver than I (or more skilled and confident flying with paragliders) and returned to Firle where he successfully top landed. I on the other hand, pushed on around the corner headed for the Bo Peep bottom landing. I didn’t even consider a top landing at Bo Peep and after I s-turned my way down through some very lifty air towards the bottom landing field, I gently touched down. I confess that this had been my B-plan, having packed my glider packing and bag and most importantly, a bottle of water. 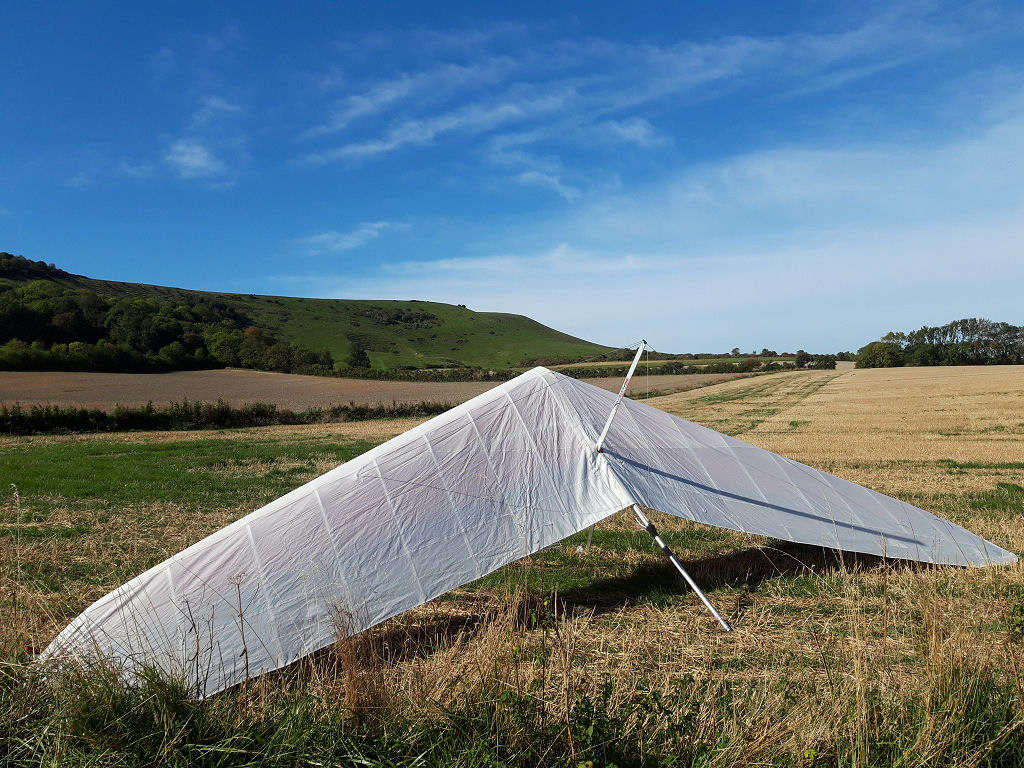 Bo Peep's Bottom Landing
After a little cross country from Firle to Bo Peep's bottom landing field. I safely land and wait for Nicos to come and collect me!

After landing I popped a message on Telegram to let everyone know that I was down safely and was hopeful that someone may collect me. To my surprise that person was Nicos, I hadn’t even finished packing my glider when he arrived and to my surprise and appreciation, he even drove to Middle Farm to buy coffees before returning me and glider back to Firle! Nicos, you’re amazing – thank you!

By the time we were back at Firle, the skies were full of paragliders, some making some great climbs of 2000ft or more. It was definitely the best time of day with cumulus clouds abundant, but the wind was now light and with an impenetrable wall of paragliders on the ridge, I packed up and headed home! 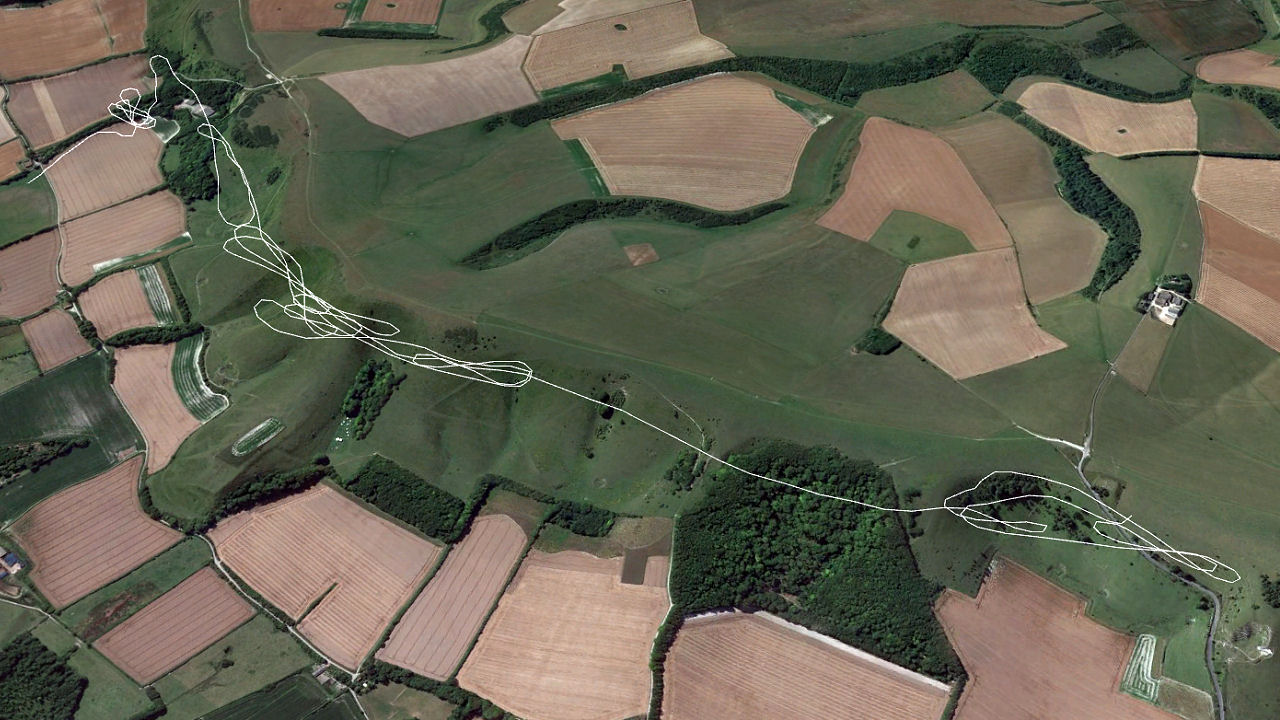 Track Log
A graphical render of my track log as seen in Google Earth. The Firle take-off is in the lower right corner and the Bo Peep bottom landing in the top left corner.