After yesterday's flying, I was 10 mins shy of hitting 60 hours of airtime. My personal goal for today (it always helps to have a goal), was to break that barrier. However, standing on launch it was apparent that this would be a challenge as the wind had already reduced and pilots had began to pack up. I should have arrived earlier!

I was soon ready, clipped in and stood at the front of the hill. There was a slight breeze that barely allowed my glider to float above me, so I decided to wait for the next thermic cycle. John, also on his smaller version of Sting 3, joined me in the launch queue. It wasn't long before the breeze increased indicating the arrival of a thermal. I launched into it and began a slow ascent. The lift was not strong and as I ventured towards the bowl I had only climbed to around 80 feet above takeoff. As I looked back across to launch, I saw that John had also followed me into the air but was struggling to climb.

A Prolonged Top to Bottom
An extended flight at the Devil's Dyke. After take-off I connect with a thermal and John McB. can be seen just below flying his Sting. By some fluke I'm able to stay aloft for 18 minutes before conceding and heading to the bottom landing field.


The bowl appeared to be the best source of lift and John and I were soon stacked one on top of each other trying to climb in it. I had the higher position but John, at ridge height, slowly began to sink as I was able to maintain.

I slowly crept over to the next bowl on the Truleigh Run and as I looked back towards John, I saw that he had conceded and was on his way to the bottom landing field. I struggled to maintain height and flew the glider as efficiently as possible in order to stay up, but slowly I realised I too was destined for a bottom landing.

As I returned to the launch area, I was getting low. To my surprise, although unable to climb, I was able to soar back and forth along the tree line bordering the bottom landing field, much to the annoyance of a couple that appeared to be making out in the corner of the field.

Eventually gravity got the better of me and I landed in the designated area in the bottom landing field. John warmly complemented my landing then we both packed our gliders away. I now owe John a drink as he climbed back up the Dyke to recover his car and shortly afterwards his glider and me!

As for that 60 hour total flight time target; somehow my flight lasted a total of 18 minutes! Success! 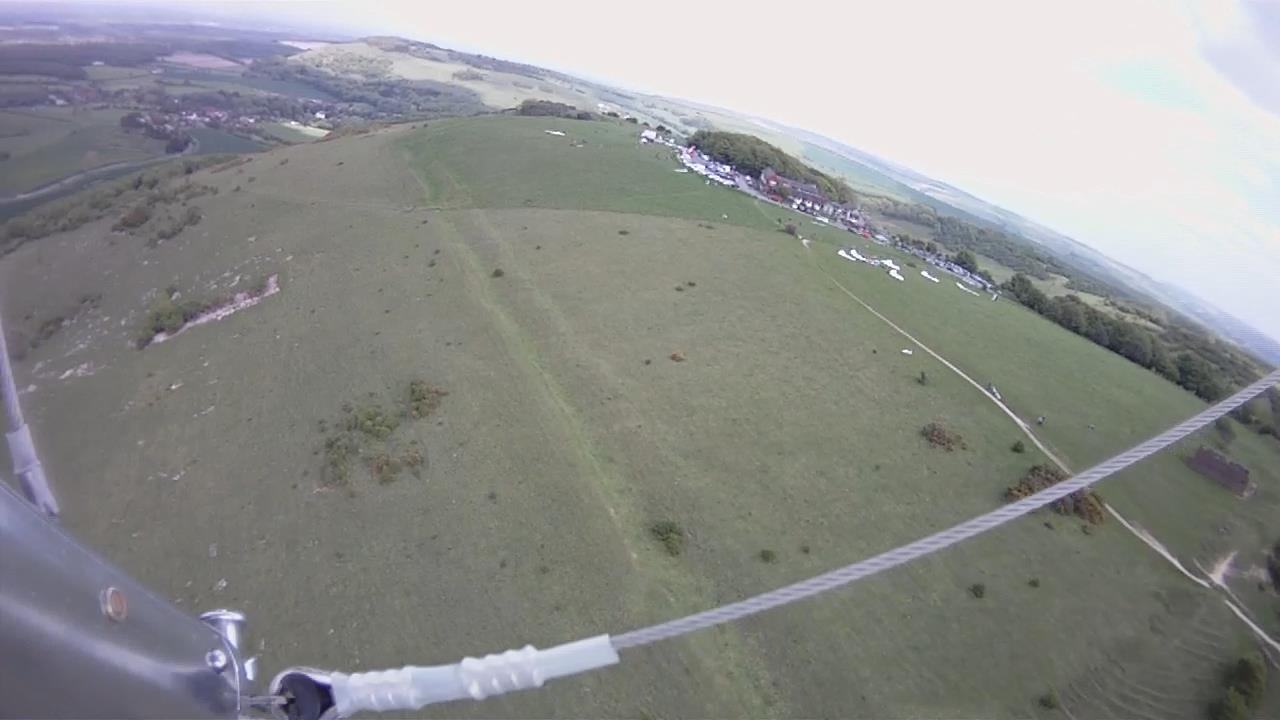