One of the advantages of my new job is finishing at 1pm on a Friday afternoon! Fortuitously, this Friday the winds were blowing in a north easterly direction so Bo Peep was on!

As I approached Bo Peep I could see a Tandem hang glider in the air and concluded this was Luke showing some paraglider pilots what hang gliding was all about. The experience was probably hampered by the fact that it was drizzling, not as the weather forecast had predicted.

Upon parking up I discovered Paul and Ian were already there and we were all hopeful that the rain would stop. To my surprise, Keith, Paul and Darren from the Suffolk Coastal Floaters Hang Gliding Club arrived. With that, the rain stopped and the wind started to increase. Paul began to rig his glider and after the rest of us procrastinated over the the conditions, we eventually decided to rig and give it a go.

I didn't see Ian launch, but I was next. Ground handling was hard work as the right wing wanted to lift all of the time. Keith was on the nose and Luke on the right wing wire and together we slowly worked towards launch. 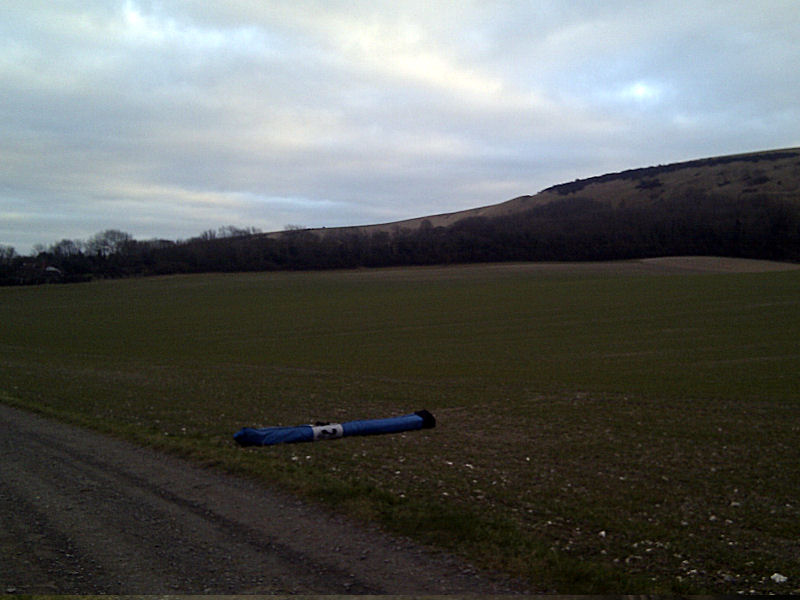 It was no better on the front of the hill as the glider jostled around in the turbulent air. Keith had to retreat as his bare hands had gone numb and Luke took position on the nose. Eventually, the turbulent air smoothed just enough for me to launch. It was strong and I slowly penetrated forwards, crabbing my way towards the east.

After exploring the ridge I found the section west of the quarry was working best. I made it to the trig point, but with the wind increasing and veering more to an easterly direction I didn't push on any further. 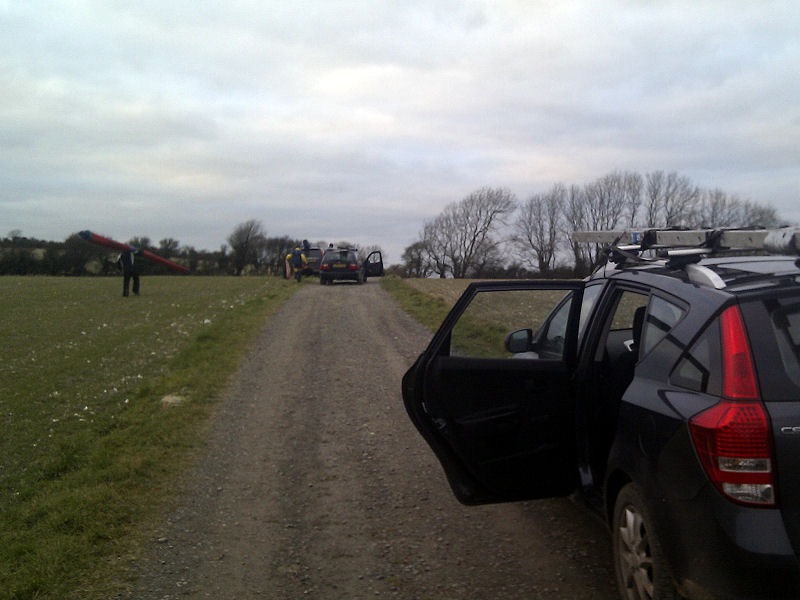 Everyone Packing Up
Everyone packing up at the end of a windy but enjoyable afternoon's flying.
1 Mar 2013

Pushing out from the ridge I encountered a very strange line of lift directly out front. It was pretty consistent too, and several times I managed climbs to 800 feet ATO. Timing 360's was critical as a single 360 put me back over the ridge!

After 45 minutes I was starting to feel cold so decided to explore the top landing field. Ian had landed at the bottom and this was very much in my mind too (especially knowing the conditions I experienced on launch). I arrived over the top landing field with 300 feet and parked the glider into wind. Actually, I was slowly moving backwards, so I pulled full VG on and pulled the bar back to my belly. I barely started to move forwards, so I locked my arms and accelerated the glider to maximum speed. I started penetrating and started to lose height but was safely out front and clear. 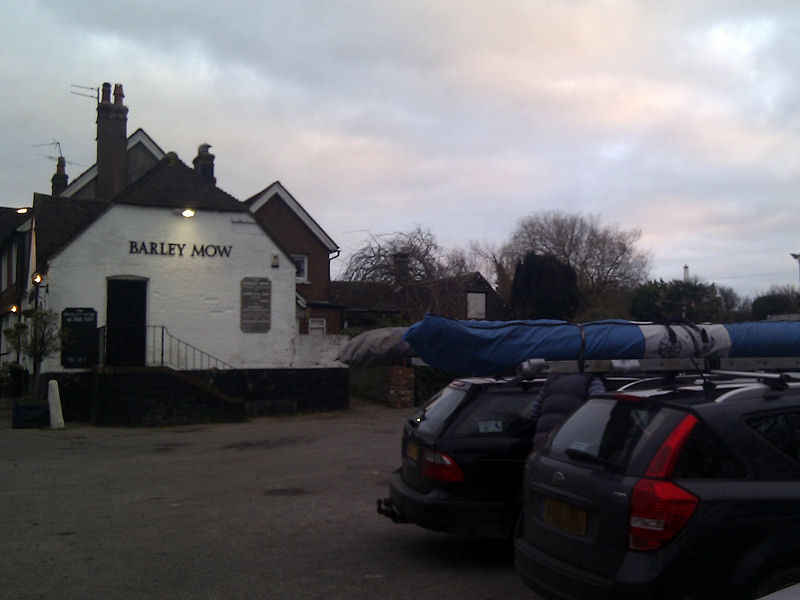 Barley Mow
Heading to the Barley Mow for a much needed hot coffee!
1 Mar 2013

It was now time to join Ian, so I headed west, passing the quarry and again parking the glider into wind. Watching Paul below, he flew his Discus down to Ian where he safely landed. Once Paul was safely down, I followed and safely landed next to the track. Shortly Keith joined us with everyone wisely concluding conditions on top were probably not good for gliders and human limbs!

Later reports put the wind gusting to 36 mph on top! A wise move to land at the bottom!