Calypso to the Skies

It's certainly a strange time leaving the school and joining a club. My chosen club was the Southern Hang Gliding Club. I had now purchased an old Airwave Calypso from Tim Cox. A few months earlier, after collecting it, I had tried to fly it from one of the school sites (Beeding Hill / Anchor Bottom - not quite sure what it was called), but managed to pop the nose on takeoff causing the glider to stall the left wing causing me to chase after it wildly until the left wheel caught the ground. All the energy went into the left upright which bowed and bent as the energy was absorbed. Needless to say, I didn't actually fly it that day!

Months had passed since I had fitted a new upright and despite some trips to the hills since; I had not taken to the air. John Barratt had probably noticed not seeing me around and very kindly called me to say that they'd be flying today and I was welcome to join the school at Bo Peep.

I decided to take the day off work and find Bo Peep. The Southern Hang Gliding Club's site guide was useful and I arrived in the afternoon and rigged my Calypso hang glider. My confidence was at an all-time low with regard to flying and I have to thank John for getting me back out on the hill.

John gave me a full site brief and when I was happy, I took to the skies and thankfully, did not stuff the takeoff. This was my very first flight on my own glider! Compared to the Aeros Target, the Calypso felt sluggish and after a couple of turns along the ridge it was evident I was going down. I lined up for a landing and landed. It wasn't a great flight and compared to my first soaring flights at the Devil's Dyke, I was a little disappointed. On the positive, I was back in the air again and had flown my own glider without event! 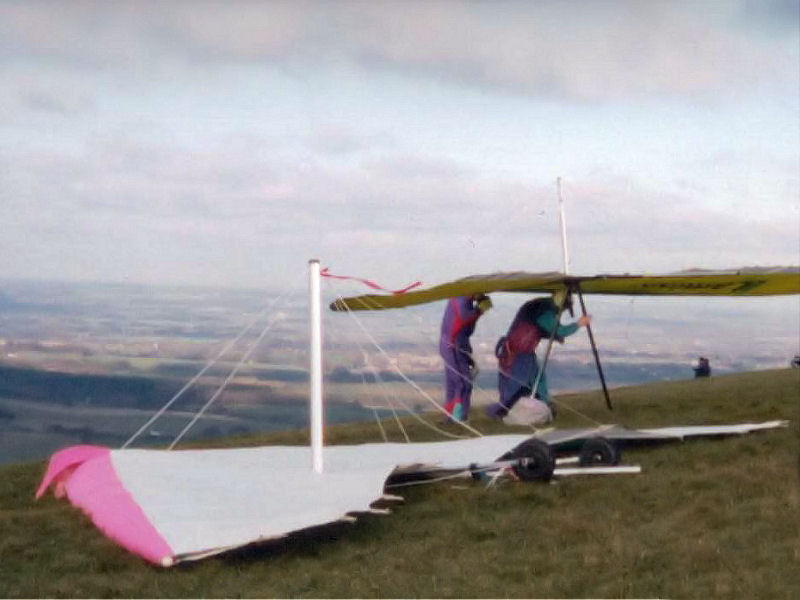