Day one, the Suffolk Coastal Floaters first Boot Camp of the year. The Boot Camp weekends are predominately designed to train winch operators, the lifeblood of the club. They also need winch fodder (the hang glider pilots) for the trainee winch operators to tow into the air. Again, that was my job for the Saturday!

After the gliders were rigged we all attended the days briefing then set about the business of flying. The wind was a very variable S-SW so all the launches were crosswind.

My first flight of the day saw we tow up to around 750 feet. After releasing, I managed to exploit some weak thermals extending my flight for a few additional minutes. The landing wasn't on the spot (that would have awarded me with 5 points), but as I landed on the runway, thus avoiding a 2 point penalty. 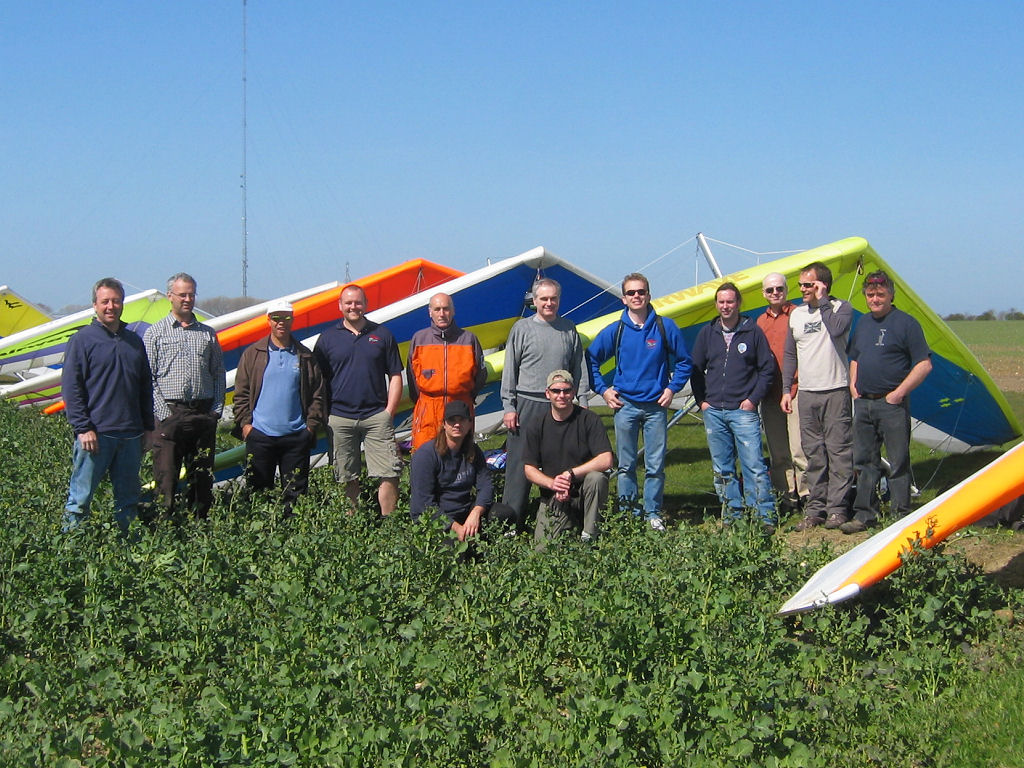 By the time of my second flight the wind was almost nonexistent. Timing a launch was critical and on more than one occasion I noted a slight tail wind. Eventually a launch opportunity arose and I was off. Unlike my first flight, I failed to connect with anything significant, only a few little bumps here and there. Again, I landed on the runway, but not the spot. 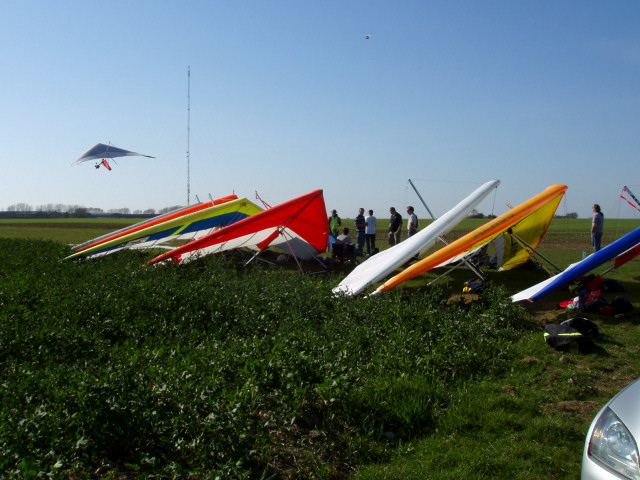 Rigged Gliders
All the gliders rigged and towing commencing.
17 Apr 2010

The helmet queue was now quite substantial and more than an hour passed before my next tow. During my tow up I felt considerable tension in the towline. This was a clear indication that I was passing through some lift. For a few moments I debated getting off early to try and exploit this lift, but ended up continuing to the top of the tow. As soon as I released I did a quick 180 and headed back to where I thought that lift was. I was fortunate enough to connect with it and maintain for a while.

As this looked to be my last tow of the day I decided to attempt to score some more points. During the briefing, 5 points could be gained if you could cross the road at the eastern end of the airfield where the electricity cables crossed. So off I went, scoring 5 points. All I had to do now was to get back and land on the runway. I almost pulled this off, but Will was pulling out the lines so I opted to land just shy of the runway (a 2 point penalty).

By the end of the day I had actually finished with +3 points, a personal first, scoring something!