It had seemed like a life time getting to this point; I had completed my EP training with Wiltshire Hang Gliding and Paragliding but progress then dwindled during my CP which didn't appear to be going anywhere other than draining my limited finances. After a break to recoup my finances I had discovered John Barratt from West Sussex Hang Gliding and Paragliding. I signed up to complete my CP, but had to go back to basics due to my break.

I flew through the first four days of the CP course and today was to be my baptism, my qualifying soaring flights! John had commented how exceptionally lucky I had been with the weather with most pilots having to wait months for their first soaring flights, but for me, only a week!

Devil's Dyke was the chosen destination and this was to be my very first visit to the famous Dyke! I was still using the school glider, namely an Aeros Target. John gave all his students a full site briefing and after we had rigged and checked our gliders, it was time to fly! It was early evening; the best time for newbies as any thermic activity would now me minimal leaving silky smooth soaring conditions.

I was soon ready to launch and as John held the nose wires he gave me a final brief, checked my flight plan and cleared me to launch. Once I had composed myself I shouted, "Release". John released my glider and moved to the side and I set off into the sky!

It was the strangest of feelings as for the very first time, the glider seemed to be somehow hanging from the sky and wasn't being drawn towards the ground. I giggled to myself as I now realised what this sport was truly about! I was truly flying! I could turn to the left and move along the ridge and back to the right and return to where I had come from! This was amazing!

I wasn't alone and remembered John's briefing about keeping a watch on each other, so steered clear of the other pilots also experiencing what I was!

I hadn't realised at the time, but as you climb higher you need to move further out from the ridge to get the best of the ridge lift! John was desperately trying to signal this information from the ground by waving his hands and gesturing us away from the ridge. Stupidly, I had misread this as "Move away from the ridge and bottom land!". It had felt like I had been aloft for an age, so decided John wanted us to land. With that, I set off for the bottom of the Devil's Dyke.

It was an uneventful landing, but did require me to run off the excess speed. I was down safely and grinning from ear to ear. My life had changed forever and all I wanted to do was do it all again! I didn't have to wait very long! John drove down to the bottom to collect us all, returned us to the top where we repeated the whole thing a second then a third time!

On my final trip to the top, as daylight faded, John beckoned me over to the back of his car. It was paper work time; John had signed me off - I was now a qualified hang glider pilot! 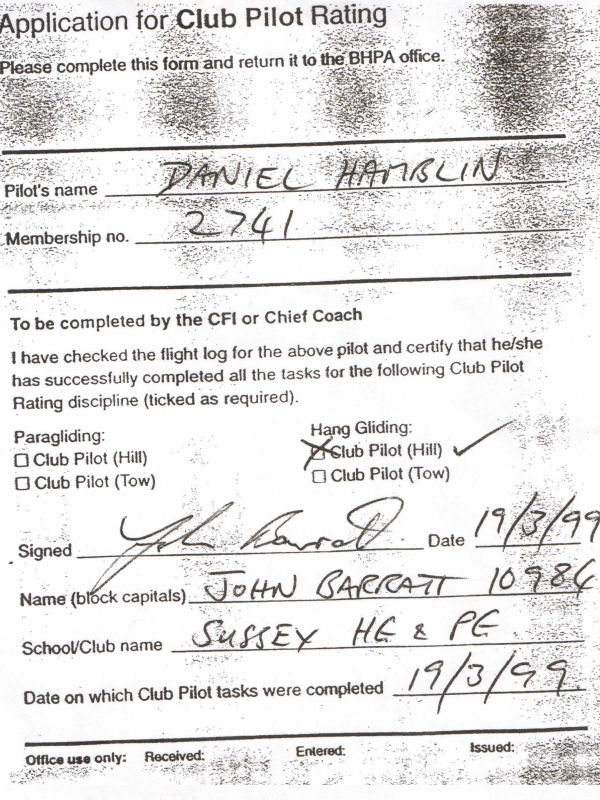 CP Qualification Sign Off
My club pilot (hill) sign off from John Barratt after my first soaring flights at the Devil's Dyke.
19 Mar 1999 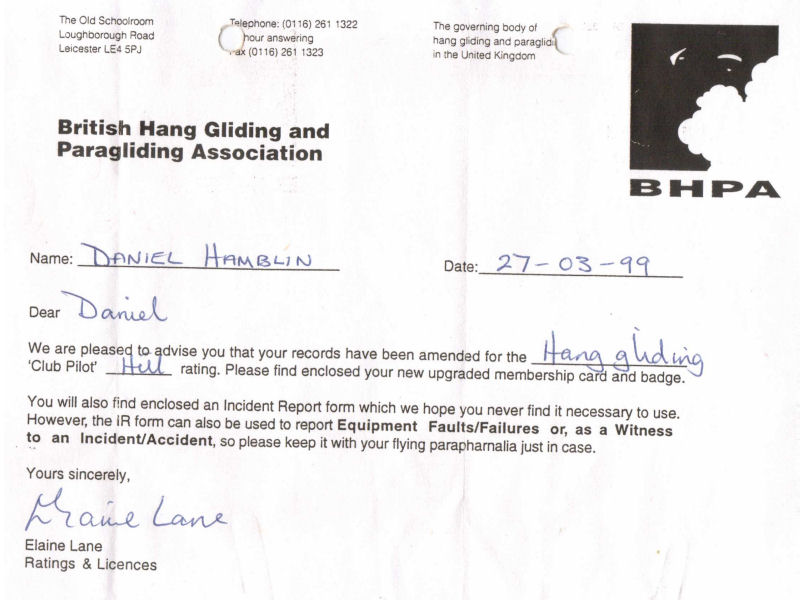 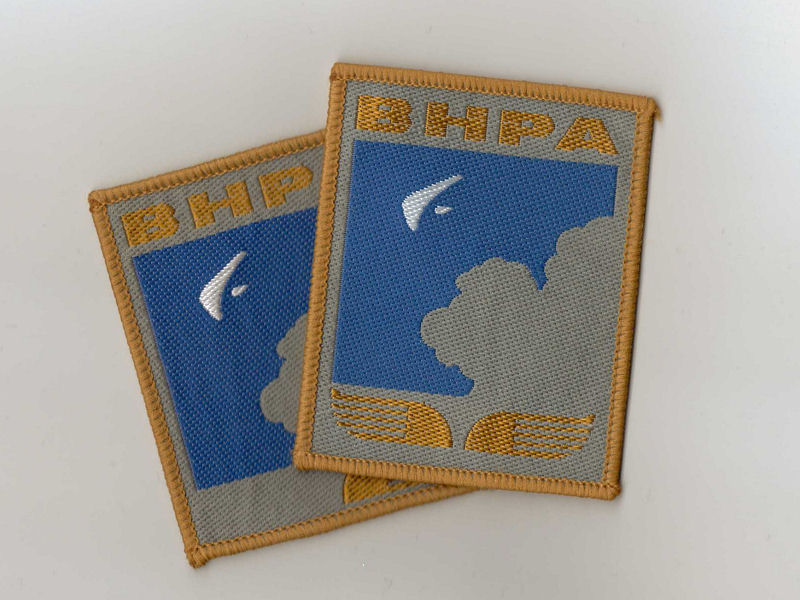