I arrived at the Dyke at 4pm hopeful that I hadn't missed a flying opportunity. Other hang glider pilots had began packing up and the first of what would be more paragliders had taken to the air. The wind felt strong enough to sustain a flight and appeared to be blowing from a north westerly direction, however, after speaking with others, the true wind direction was more like north of northwest.

I quickly rigged knowing that the wind was going to drop in strength, performed my hang checks and positioned myself at the front of the hill ready for launch. The wind had dropped, so I patiently waited for a thermal cycle. A couple of recently qualified CP students had also rigged and positioned themselves alongside me. After a short wait, the breeze increased which marked the arrival of a thermal. The first of the CP students launched and slowly descended to the bottom landing field. After he'd cleared the airspace in front of launch, I launched and began several beats in the weak lift.

I was able to maintain ridge height but useful height gains eluded me. I explored the available lift and it became apparent that lift was in specific areas which limited my flight choices. One by one, more and more paragliders launched and I decided to try my luck on the main Truleigh ridge and avoid the increased paraglider traffic.

This was a better choice and I maintained my height relatively easier. I gained around 100 feet above the ridge and decided to push on towards Truleigh. In pursuit were a group of paraglider pilots that had broken away from the main medley. As I continued in a westward direction, the performance of a hang glider compared to a paraglider became apparent as I arrived at Truleigh Hill with the paragliders being left half way back along the ridge to the Dyke. 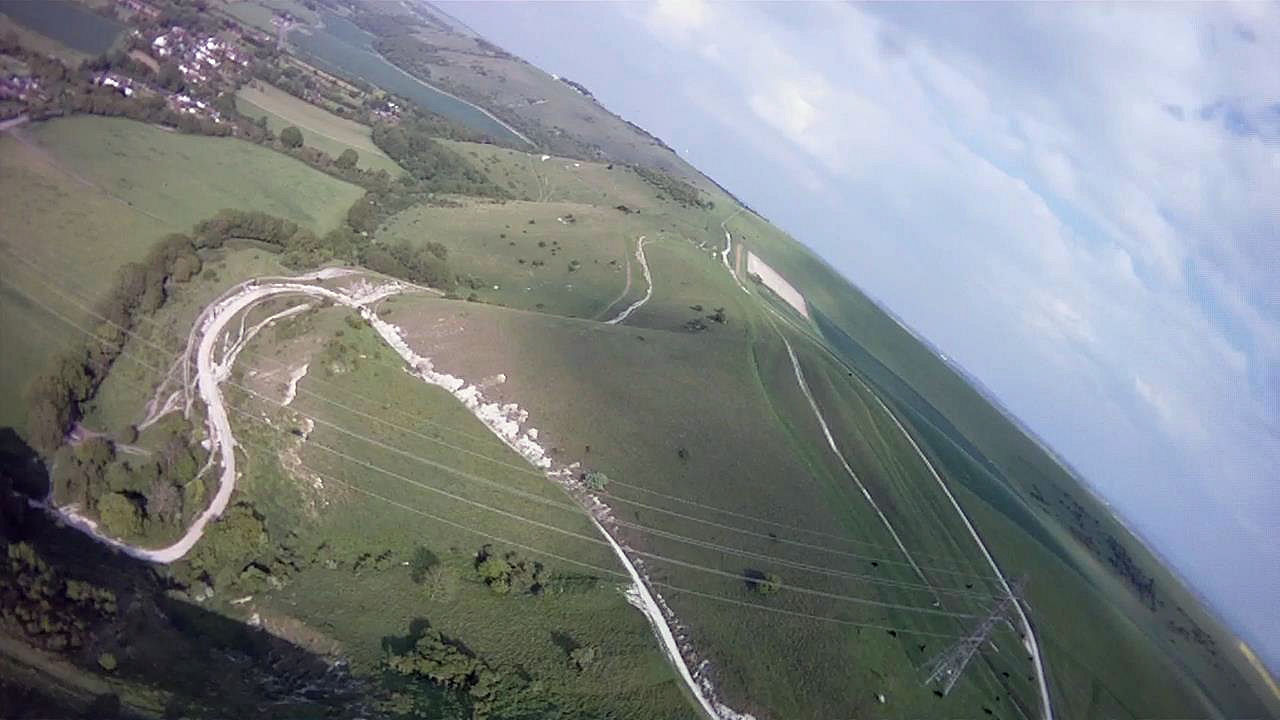 Crossing the Pylons
I've crossed the pylons many times, but there's always this voice in the back of my head that's reminding me to be extra careful!
31 May 2013

I had arrived at Truleigh Hill below ridge height, but after finding more reliable lift, I climbed above the ridge and badly exploited a thermal to climb to my highest point of the flight. I'd later find out that another hang glider pilot had earlier climbed to 3000 feet. Eventually my paragliding pursuers caught up with me, so I decided to leave them to enjoy Truleigh Hill to themselves. 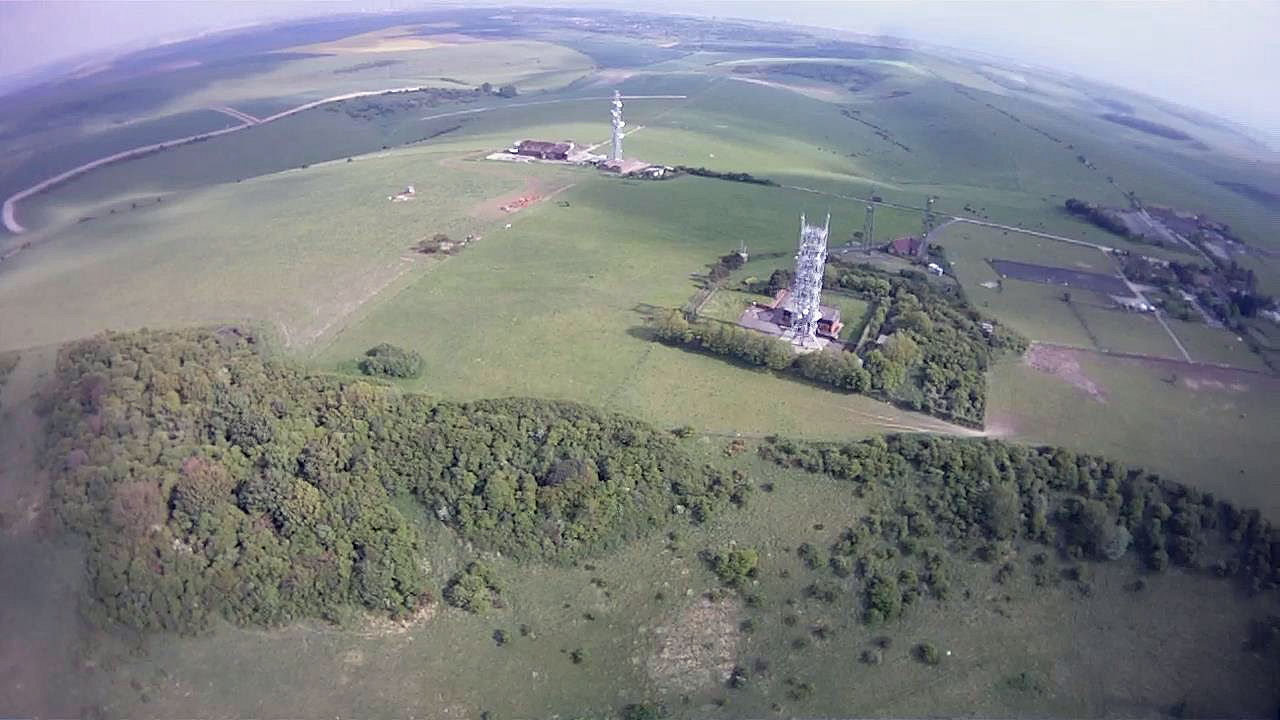 Truleigh Hill
As I reach Truleigh Hill I badly exploit a thermal and climb to the highest point on the flight.
31 May 2013

When I arrived back at the Dyke I knew I was going to be in for a challenge making a top landing. The wind had dropped and the ridge was full of paragliders, all scratching in the limited lift and all at ridge height. On previous flights I'd simply resigned myself to the bottom landing, but this time I decided to give it ago.

I persisted in the paragliding traffic for more than 10 minutes but never got high enough for a top landing. After getting particularly close to a set of trees in the bowl, I conceded and headed for the bottom landing field.

The field was now in crop, so I used the constant aspect approach technique, which is often preached at the Suffolk Coastal Floaters Hang Gliding Club, and landed in the designated landing area; without any crop infringements. The two recently qualified pilots that I had met earlier were still in the bottom landing field. They warmly greeted me and gave me a lift back to the top to collect my car. En-route we discussed the flying conditions and how best to stay up. It reminded me so much of my earlier flying days and it was great to know that two more pilots were about to embark on this fantastic experience.

Only later when I got home and reviewed my video footage, I realised that I'd again been aloft for over an hour. When I totalled up my total airtime, I was just shy of 60 hours, I guess the 60 would have to wait for another day...