Thursday saw us return to Loja; however conditions were not as good as Wednesday's as maintaining height was a bit more of a struggle. With this in mind, and our confidence in flying greatly increased, we began to play. I did some simple big turns (lots of roll), whereas others were experimenting with stall turns or something. The net result was squeals of excitement from fully grown men! 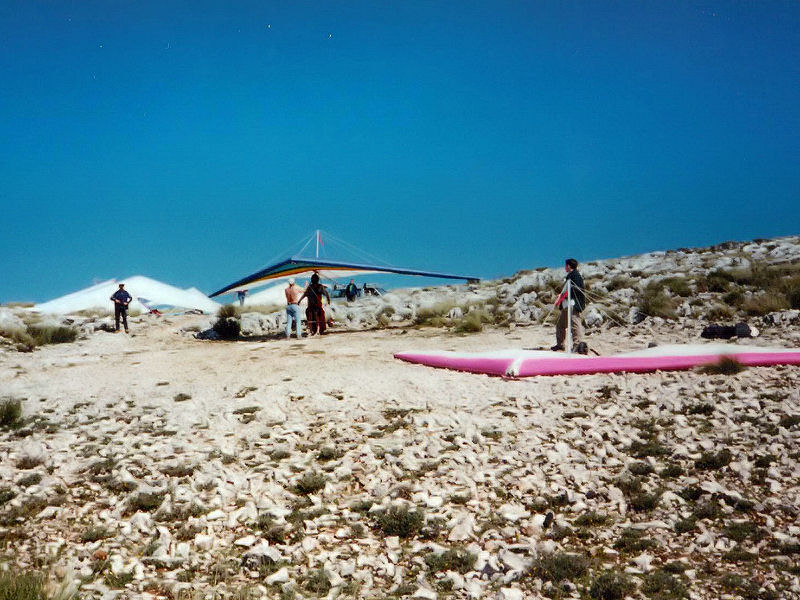 Loja Rigging
As the sun beats down at Loja, we rig our gliders ready for another day of flying.
5 Apr 2001

Tim, with probably the least airtime put us all to shame when he flew to the wispy bits at the bottom of the clouds. That to me was cloud base, although I was later told that it isn't quite! 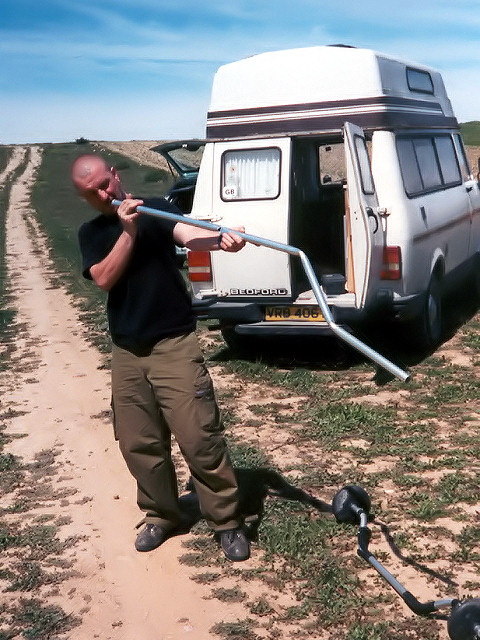 Bent Aluminium
After loosing Dave for a while he later returns after modifying his glider (bent up-rights) following an emergency landing!
5 Apr 2001

Dave probably gave us the most to talk about when he landed somewhere other than the landing field (we basically had no idea where he was at first). During my flight I managed to spot him in a small field next to some houses/power lines/road/tree/rocks whatever obstacles you'd could possible imagine! Fortunately Dave had attached his digital video recorder to his helmet. This woukd give us all the opportunity to watch and laugh at his personal drama later that evening (the days before YouTube)! 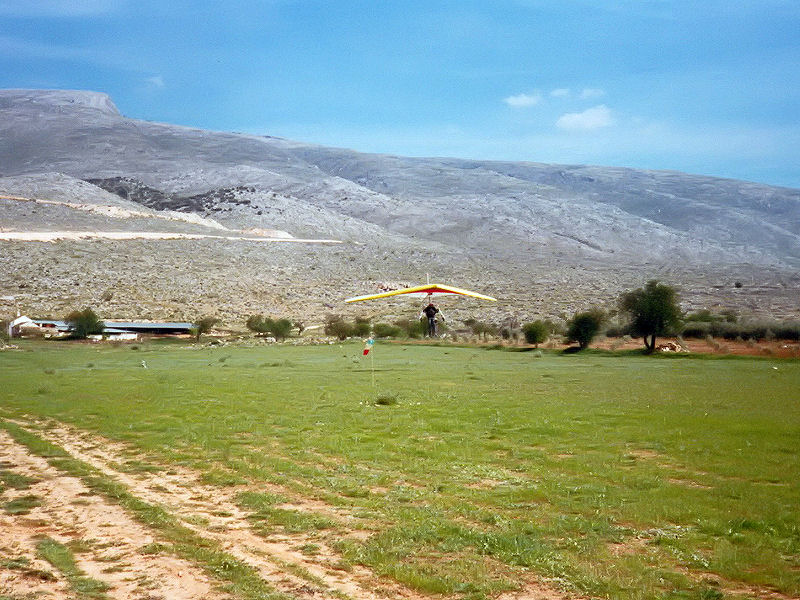 Bottom Landing Approach
Roger sets up for one of his perfect landings!
5 Apr 2001

Basically, Dave had ventured too far from the safety of the bottom landing field and was now heading towards the lee of the mountain. The net result of which was lack of lift which slowly brought his glider increasingly closer to the ground. Unfortunately for Dave, this part of the mountain was heavily wooded leaving him practically nowhere to land, that is except for someone's back garden (large field) where he somehow managed to get down in one piece! 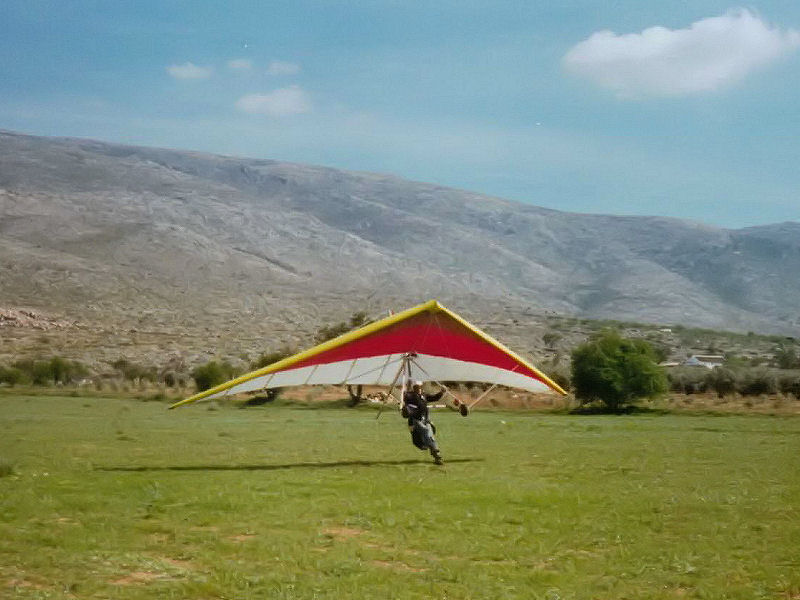 Flare and Touch Down
Another of Roger's perfect landings in Loja's bottom landing field.
5 Apr 2001

Unknown to the rest of us, Dave had radioed for help! Unfortunately the 2000 foot high lump of granite we'd been jumping off absorbed his radio signal and his pleas went unheard. Upon reviewing the video footage that evening, we all chuckled upon hearing Dave's frantic cry, "Hi guys, can anyone hear me. I'm in the s**t now, can anyone see where I can land?".