As a hang glider pilot for almost 20 years now, I feel I need to confess to something that I actually enjoyed; an indulgence of curiosity that perhaps some would consider sinful - I flew on a paraglider! 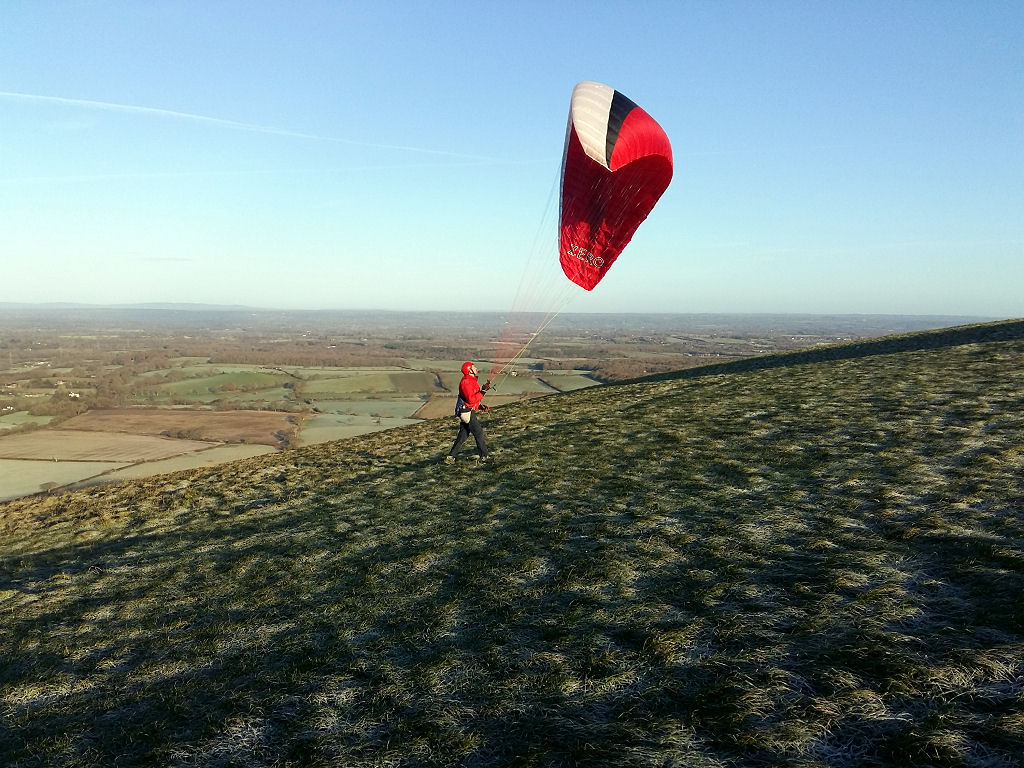 So how did this come about? Quite simply my desperation to fly meant I found myself at the Devil's Dyke on a cold wintery day with my glider on the roof of my car with the promised soaring conditions replaced with a very cold light westerly breeze. Needless to say my glider never made it off my car and when Luke arrived and after briefly flying his speed wing, confirmed it was barely soarable and then made a rather interesting suggestion, 'Want to fly on a paraglider?'.

I contemplated this for all but 200ms then answered 'Yes!'. I had never really dismissed the idea of paragliding, but with my limited time to hang glide, I had concluded I didn't have time to learn yet another sport.

What then followed simply stunned me; within minutes Luke had laid out his tandem paraglider, clipped me into a harness, placed a helmet on my head and had started to brief me. If this was my hang glider I estimated I would still had been removing it from the roof of my car! Soon after, I was bracing as Luke inflated the paraglider above our heads then running off down the hill. It's a slightly different experience to a hang glider, the speeds are much less and when you think you've taken off, you're back down and running (Edit: jogging) a little bit more before finally being gently drawn away from the ground. 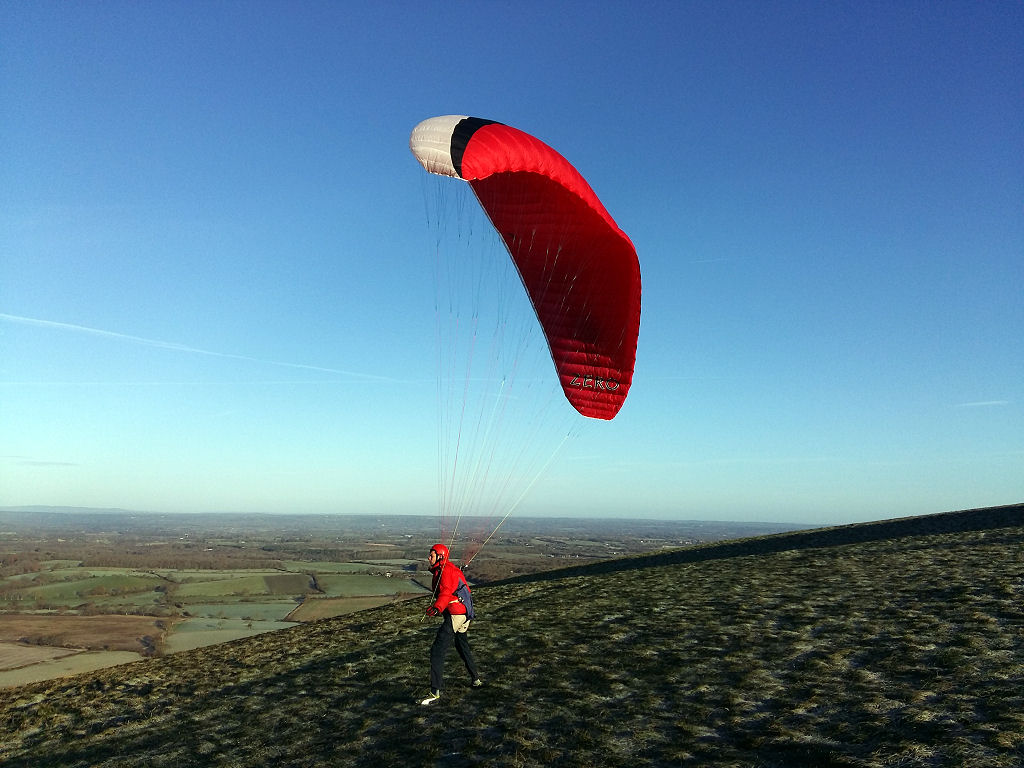 I never really did get seated properly and felt like I was slipping forward throughout the entire flight, needless to say, I felt comfortable as Luke completed series of what I would consider as mild wingovers and a maneuver of swinging up and down (I don't know the technical term - but it wasn't a stall!). I felt the force of gravity being exerted on me a couple of times and I can best describe that experience as like swinging on a playground swing. I'm sure Luke was being polite but we had sunk to the bottom landing field in record time (surely nothing to do with the load he was carrying!).

The only moment in the flight that alarmed me was when we swooped over the trees at the foot of the hill; it was uncomfortably close as the twigs seem to pass a mere inch or so below my feet. I would never have got so close on a hang glider and as I had that thought, Luke giggled and said he wouldn't do that on a hang glider and pointed out that the wing was some distance above our heads!

From there it was a short glide to what must have been the easiest nil wind landing I had ever had. All I could think about was how do the paraglider pilots that get it wrong, get it wrong? Finally, as Ian arrived to shuttle us back to the top of the hill I had my final surprise of the day; Luke had packed up in minutes and it was simply a matter of chucking the glider in the back of the car! Blimey, these paragliding things are convenient! 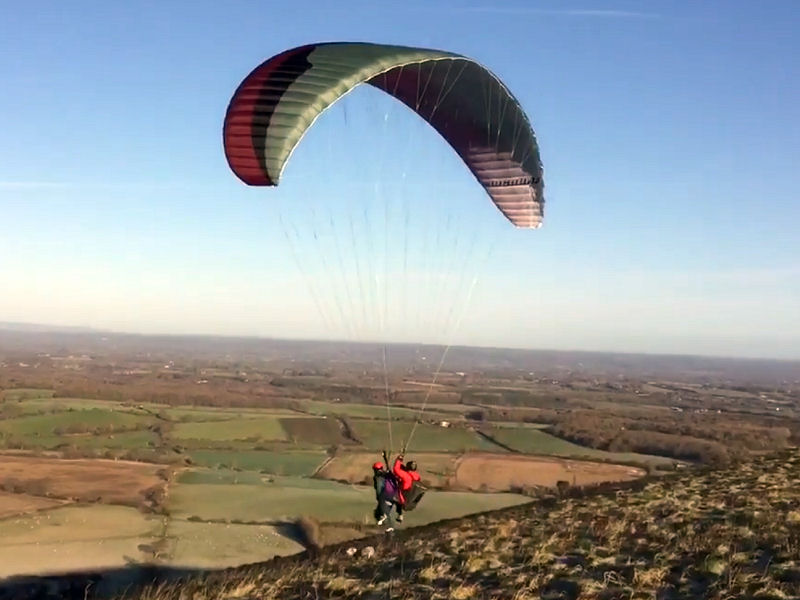 Dan and Luke Launch
Dan is taken for a sled ride on Luke's tandem paraglider. It's a very short but every enjoyable glide to the bottom landing field.
9 Dec 2017

Days after and while writing this, I have become aware that my thoughts had drifted back to this short experience many times, and each time, a little smile creeps across my face.

Luke is a fantastic pilot and a great ambassador for the sport. It was a privilege to have this experience with him and I'm very grateful for it - checkout his website: Airsports Sussex and experience this for yourselves! Thank you Luke!