You Don't Fly if You Don't Try

I didn't think that today would have been anything special but realised I needed to get there early to make the best of what would be. I arrived at 8:45am and was the first of the hangies to arrive. Out front were two paragliders, probably 800 feet above takeoff indicating that there was lift. I started to rig my glider when John turned up, but both of us were eager to get in to the air so saved the pleasantries for later. We agreed that it was unusual that we were the first hangies there!

John was ready shortly before I and we both made our way to launch where we patiently waited for a lift cycle to launch into. The 3 paragliders already airborne were not having much luck and floated just above the ridge. Several times John invited me to launch, but I wasn't inspired by the conditions so opted to wait for something better. Eventually John launched and for his first two beats was able to maintain but the prevailing conditions meant that a bottom landing was almost inevitable. I soon lost sight of John as he descended below the ridge and knew it was my turn. Faced with the very real prospect that the sea breeze would soon pull the wind off the hill, I was keen, at the very least, to get a sled ride in. 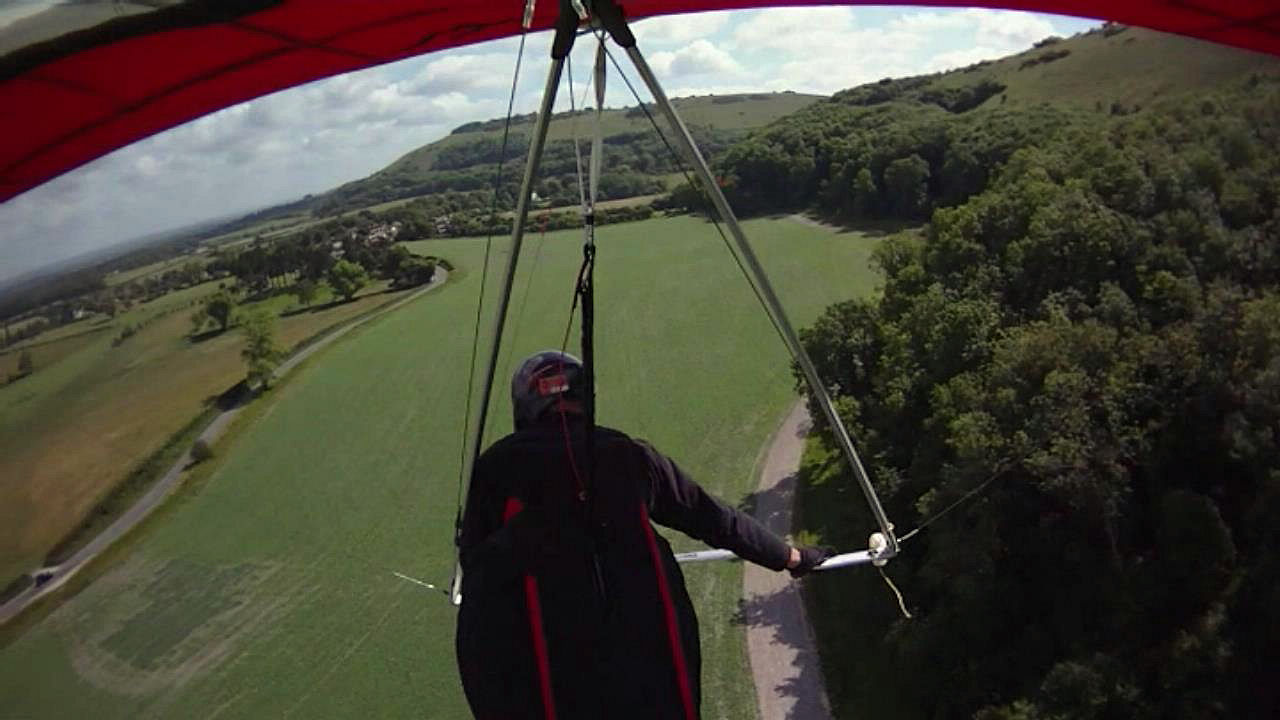 Devil's Dyke Bottom Landing
Dan setting up for a bottom landing at the Devil's Dyke on his Wills Wing U2 160.
27 Jun 2015

James had now rigged his hang glider and was positioned to the left of me. To my right, Vincent, the mad Frenchman was also waiting to launch his paraglider. Everyone's eyes scanned the sky out front looking for a hint of lift. After 5 minutes, the hint materialized. Two birds off to my right started to climb and were not flapping their wings! I launched and noticed Vincent had also spotted the birds and was already airborne. Sadly, although I found some weak lift, I didn't exploit it nowhere near as effectively as Vincent had.

I returned to the ridge and began a slow but predictable descent to the bottom landing field. As I turned onto final I hit some lift and for a moment considered to work it - perhaps I would get another low save? It didn't matter, that chance had come and gone in a flash and I had committed to my final approach.

My landing felt ok, although I suspect the flare may have been a little late. After I parked my glider at the edge of the field, I disconnected myself from the harness and promptly fell out of it in style. I had somehow caught my shoe lace in the T-buckle of my harness. 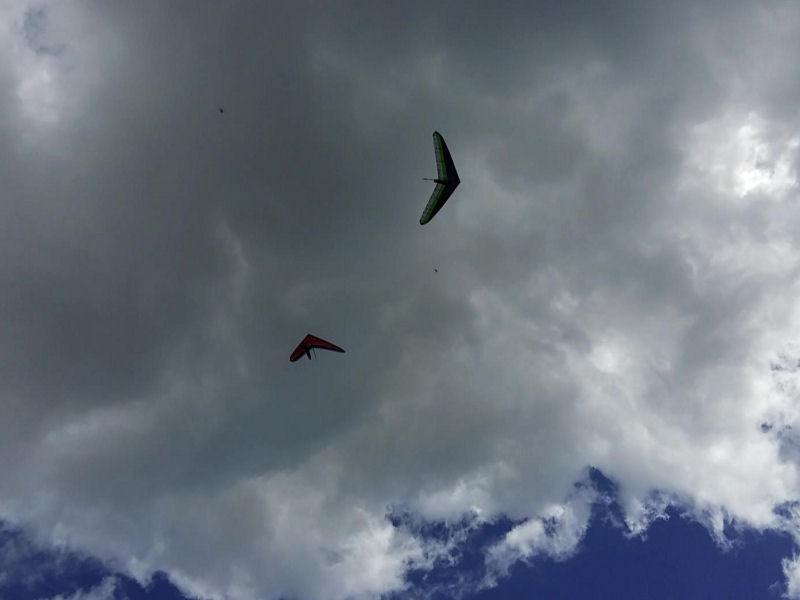 You Don't Fly if you Don't Try
A short sled ride at the Devil's Dyke.